“She Already Helped Just by Listening To Me”

“Kiss me everywhere, I’m already eighteen”, went one of my childhood’s popular songs. The philosophy of legal adulthood that applies to everyone regardless of their sexual identity. It seems to say: you’re an adult, it’s your life, do what you want. But what to do if you are still at school and haven’t yet found a way to deal with your pimples, let alone your sexuality?

I met Alexander and Milana who are legally adults now and previously went to school counselors for help. I have also talked to the counselors themselves about how they worked with homosexual teenagers. 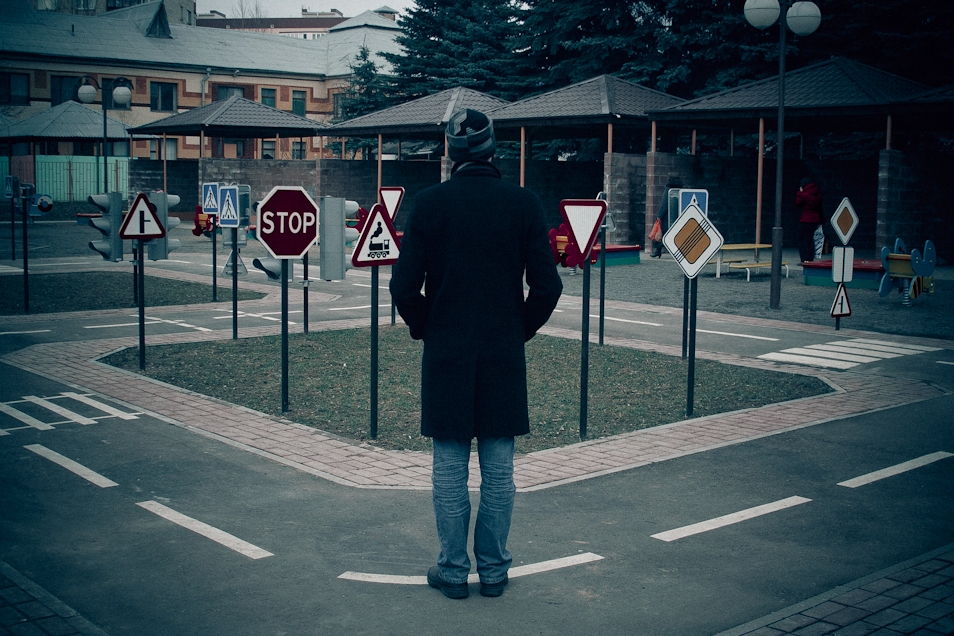 I realized I was gay when I was already reading stuff. There was an article on Wikipedia. I was about fourteen. I had virtually no negative feelings about it. After Wikipedia I didn’t search or look anything up, I had various thoughts but was a little scared of them. Then I started looking again and thinking what to do about this. I wanted to find an answer to the question of how to tell others.

I mostly thought of my parents and how I’d ever do it. Because back then I didn’t think it could be done quickly. I didn’t think I could do it right away. Maybe sometime soon. I thought I probably wouldn’t be able to do it alone. If anyone could help…

I’ve talked to two school counselors. One was my extracurricular teacher, it was something like mindset training, mostly for career guidance but we discussed other topics too. So I thought: what if I come and tell her? Although I wasn’t sure it would go well and she’d accept me… I was afraid.

I approached her just to talk about something, to ask for advice. I couldn’t just tell her I was gay. Because… I don’t know. It somehow didn’t feel nice. I needed to find a better way. So I wrote her a letter. It felt like overcoming some kind of barrier.

She already helped, however trivial this might sound, just by listening to me, by letting me open up. We talked. She said it was okay, it was nothing bad.

She offered to help me tell my parents. I didn’t think I could manage it by myself. I guess I could’ve tried but the result would’ve been different. Soon I invited my parents. They didn’t know, I didn’t tell them the reason. I didn’t sit there with them. It was just them and the counselor. She [the counselor—V.B.] thought it would be better this way.

While I was sitting at school waiting for them, I was nervous but I thought: well, come what may.

She read out my letter. They talked about something. Then we went home, and we talked some more at home. My parents had no negative reaction, they said it was alright. They didn’t ask about anything else.

After that one talk we never brought that topic up again. We are not so close anyway. I mean, it’s fine, they love me and everything, but there is no warm atmosphere. We don’t live together: they are in Soligorsk and I am in Minsk during schooltime.

I also came out to a classmate. And to a couple of friends. And also to a teacher… No one else knows. And I didn’t just tell them all of a sudden. That seems weird to me. You need to have a reason to tell. I mean, for example, if someone starts talking about girls, then it makes sense to tell. If there is a reason, I can trust the person and expect a positive result, a positive outcome, at least to some extent, then I’ll tell them. 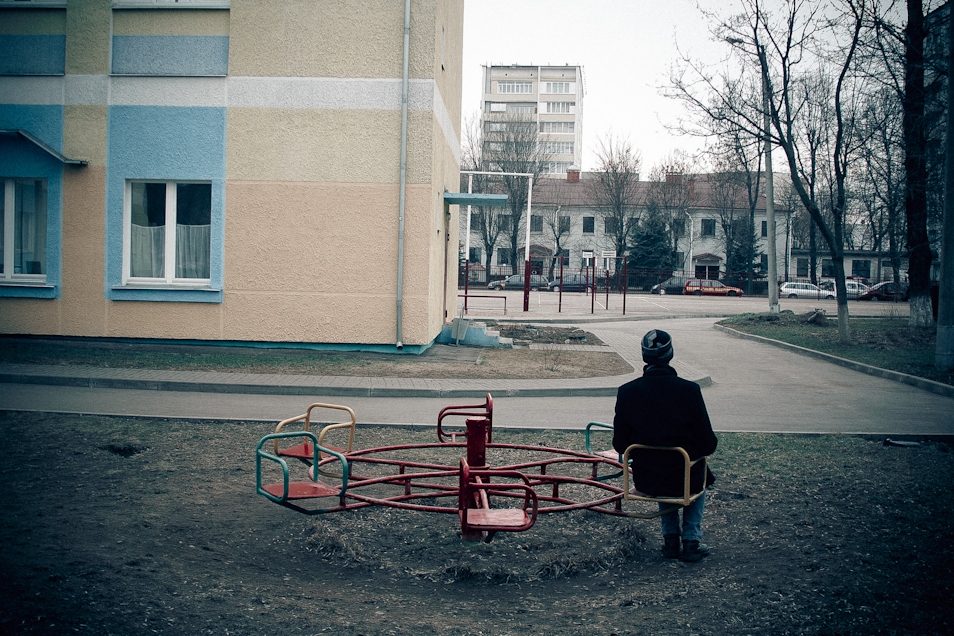 Nadezhda is a counselor at a secondary school in Soligorsk. She was the one who helped Sasha accept himself and now she has kindly agreed to answer my questions.

—Mostly I work upon teachers or parents’ request. If I see that a teenager really has a problem, I work with the teenager. Mostly it is the adults who have problems with perceiving and accepting the teens.

—Which problems do teenagers come with? Are they scared of what their classmates might think?

—The problems are world-old: relationships with the parents, with the opposite sex, with friends. School counselors (at least at our school) aren’t considered anything out of the ordinary anymore. Today a generation has already grown up, those who finished school in 2013, who have known me since their 1st grade. So I’m an inherent part of the school for everyone. I give them tests since the 1st grade, they’re totally used to it. At least I think they are.

—Is university training enough to help the kids?

—University training is not enough to work anyway. It’s just theory, and theory without practice is nothing. The only thing that helps to do quality work is to constantly educate yourself: take classes, talk to colleagues, exchange experiences, read a lot on psychology, pedagogy, philosophy. Domestic as well as foreign literature. Actually, my degree is not in school counseling and not even in educational psychology. I’m a sexologist, I have specialized in family counseling. I just happen to work at school, which I don’t regret at all because everything comes from family, from childhood. Which is precisely my area.

—Have you had other homosexual teenagers apart from Sasha come to you for counseling?

Milana, 25, lives in Minsk
When I was probably in fifth grade, I read a magazine article and learned people like that existed. It was some girls’ magazine, like Cool Girl. There was an article, something like “girls can be friends or more than that”. I mean, I just learned the word lesbian.

I thought some people were gay and others were not. But I knew all girls ended up married anyway.

I had always been told my Mom married my Dad and they used to share a desk at school, and Grandma married Grandpa and it’d been the same with them. And I mean, I was sharing a desk with a girl.

Then the t.A.T.u. band was appeared. That was an insight! I bought a cassette. As with all other songs, those were legends about me. And I decided that if they had songs, I’d write poems. They were poems about gays. And then another poem on my own behalf: a girl who likes girls.

We went to a psychology club at school. It was a regular secondary school in Minsk, around 2001. We made drawings, brought them to class, talked about them. We just talked, shared, supported each other…
I brought my poems there. I didn’t read them aloud but gave everyone a copy and made them read. And the counselor said: “Nice poetry.” She didn’t say “Nice poems about gays.” It wasn’t anything weird. It was just regular poetry I brought, normal, with no special features she needed to bring particular attention to or warn others not to point their fingers at them.

I probably had good friends at school because no one laughed at me. But the counselor set the tone in the way that foreclosed any mockery.

After that, my friends didn’t start asking me about my sexual orientation or what’d made me write those poems. We discussed how all our feelings should find expression in creative work, no matter what the feelings were. And then we discussed someone else’s drawings. I mean, I wasn’t alone, someone else had brought something. It wasn’t a “gay occupation”. We’d shared and it became easier.

My Mom wasn’t summoned to school. Nobody held any separate talk with me about it. It wasn’t emphasized in any way. And that calmed me very much at that time because… Well, that meant I wasn’t “deviant” and it was good. 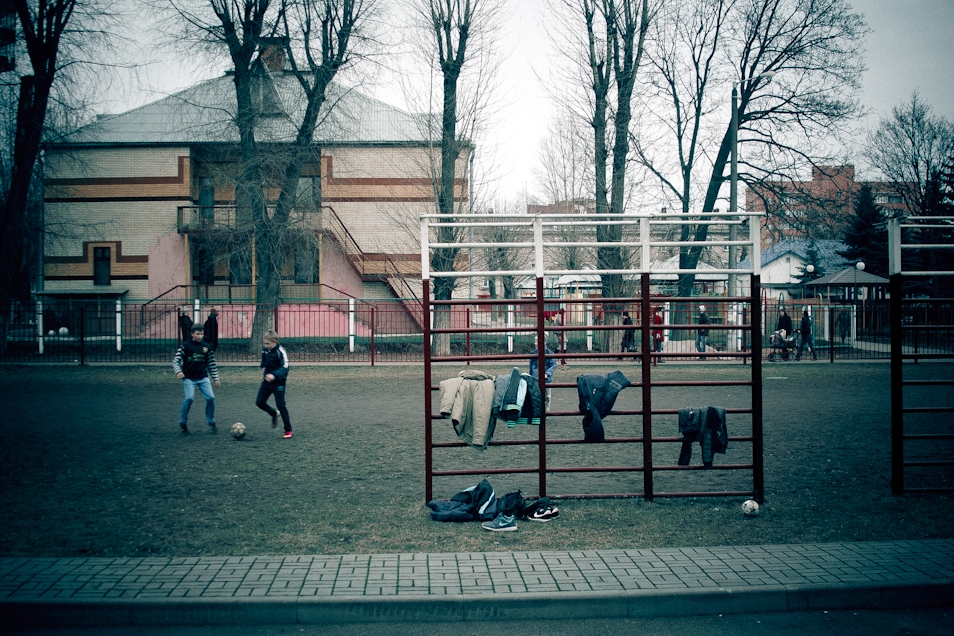 Inspired by Sasha and Milana’s stories, I went to a gymnasium in Pinsk where I had spent my own school years. Having graduated I had never crossed the school’s threshold but now I ventured in. And I used that opportunity to speak of homosexuality with Tatyana, my former school counselor.

Tatyana wanrs me that she has never encountered homosexual teens so she doesn’t consider herself the right expert for my article. Her school is attended by “children from good families, there aren’t many problems with them.” After some time, I nevertheless manage to engage her into a conversation.

Tatyana is convinced that homosexuality is an acquired feature that emerges as a result of trauma. For instance, when the parents wanted a girl but got a boy and they don’t raise him like a proper boy, make him wear dresses. Tatyana divides homosexuality clearly into the “true” and “acquired” subtypes:

—Certainly, there are homosexuals who are what they are by nature, but they are immeasurably fewer. But on the whole, it’s abnormal, it’s a deviation.

When asked to imagine a homosexual teenager coming to her for counseling, Tatyana says that she would certainly help that boy/girl to get to grips with the problem but would also explain that their “impulses” could be rectified.

Unfortunately, the pathologizing viewpoint is also shared by the Chief Sexologist of Belarus, Head of the Sexology Department of the City Clinical Psychiatric Dispensary Oleg Khimko. He has shared his pseudoscientific ideas on homosexuality in a recent Narodnaya Volya interview:

“That’s not the norm. I see the reason in education, although there are many theories. Today many children are raised in incomplete families, mostly by single mothers. The boy grows older, the mom works during the day, she has no time for the child… Meanwhile the boy grows up gentle and sweet, a good, mild-natured boy. The mom is proud that he is like that and thus lays down the foundation for a sex role transformation which is the basis for a homosexualist to develop.”

Today in Belarusian higher education facilities that offer training in psychology, there is no unified approach to homosexuality and, consequently, to working with homosexual teenagers. Unfortunately, pathologizing concepts are often taught. This is why a lot depends on the counselor’s personality, their views and beliefs that they have to develop themselves, as the necessity arises, as they encounter specific students and parents’ requests.

Despite the opinions cited above, it is very important that there are also school counselors like those from Sasha and Milana’s stories. Thanks to them, teenagers can learn to accept themselves and be open with their loved ones with less pain and trauma for everyone involved
Vika Biran для MAKEOUT 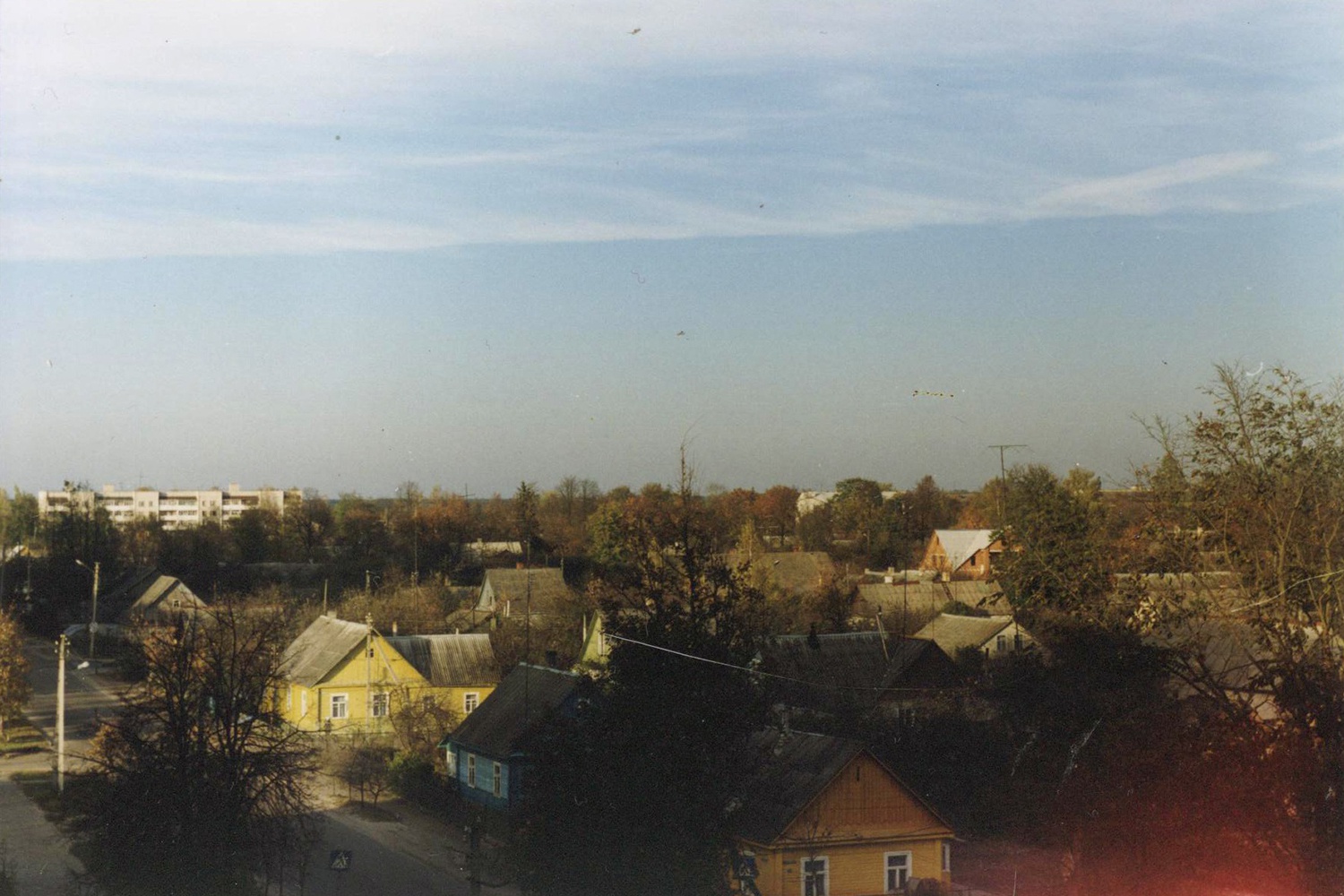 Two couples speak of their relationships with the world around them and with each other. 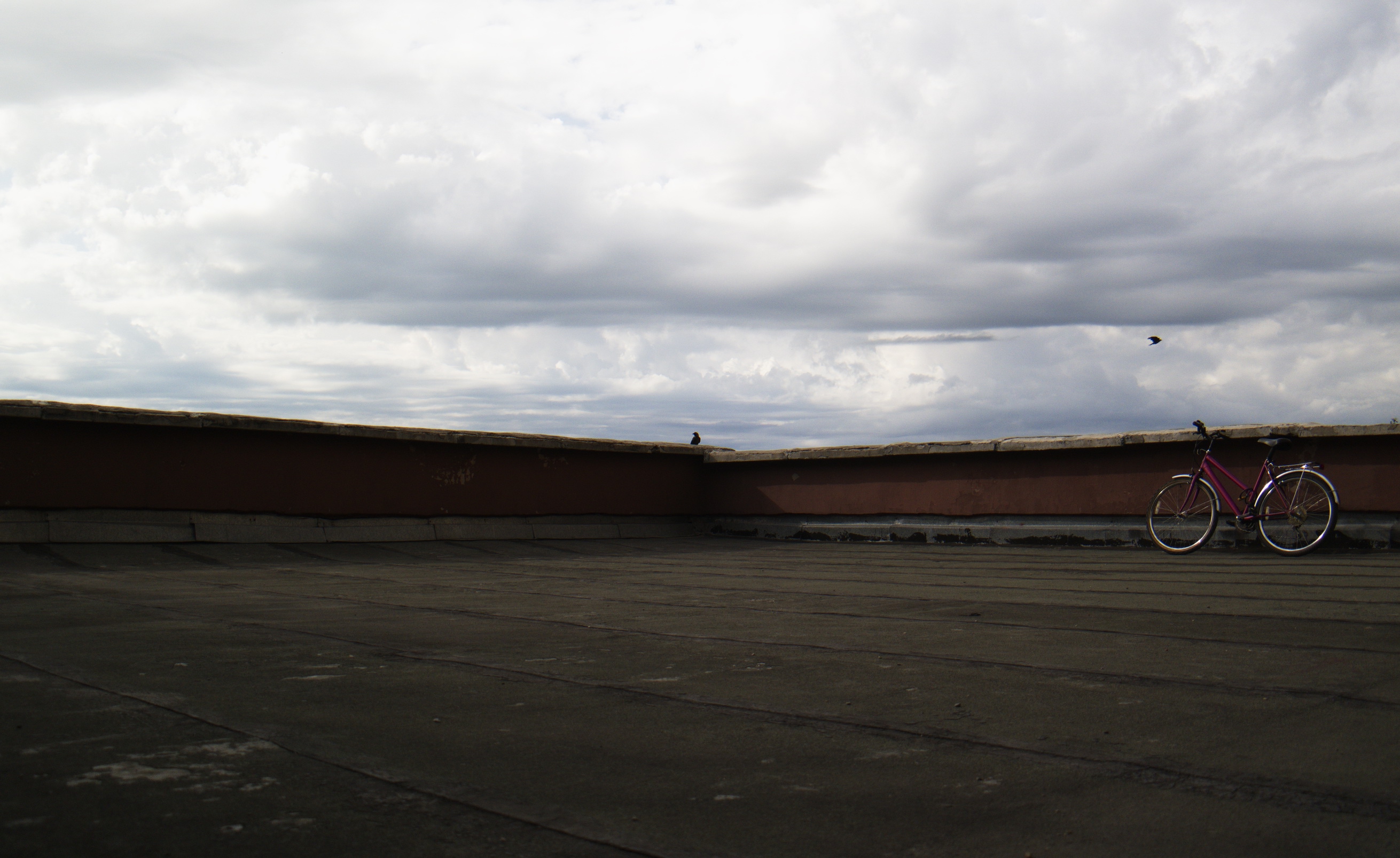 They Used To Call This Place "The Balcony"

The Balcony was a gathering place for the Vitebsk LGBT community. How did it emerge and where has it gone? Who were the people who used to 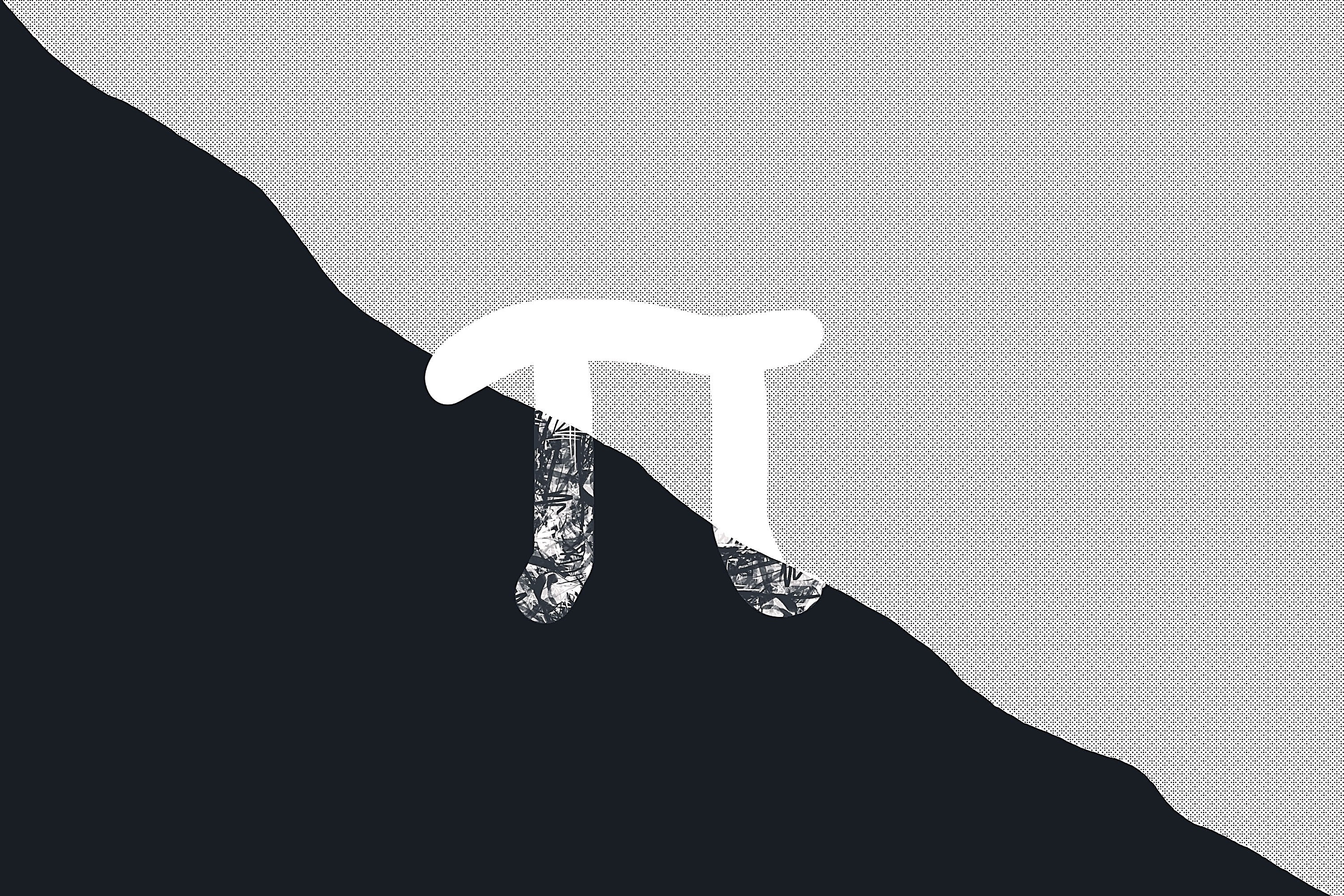 Facets of Polyamorous Relationships: Invisible Stories in a Monogamous World

When people speak of a romantic union, they call it a couple or a family, the latter also implying two partners. We rarely stop to think 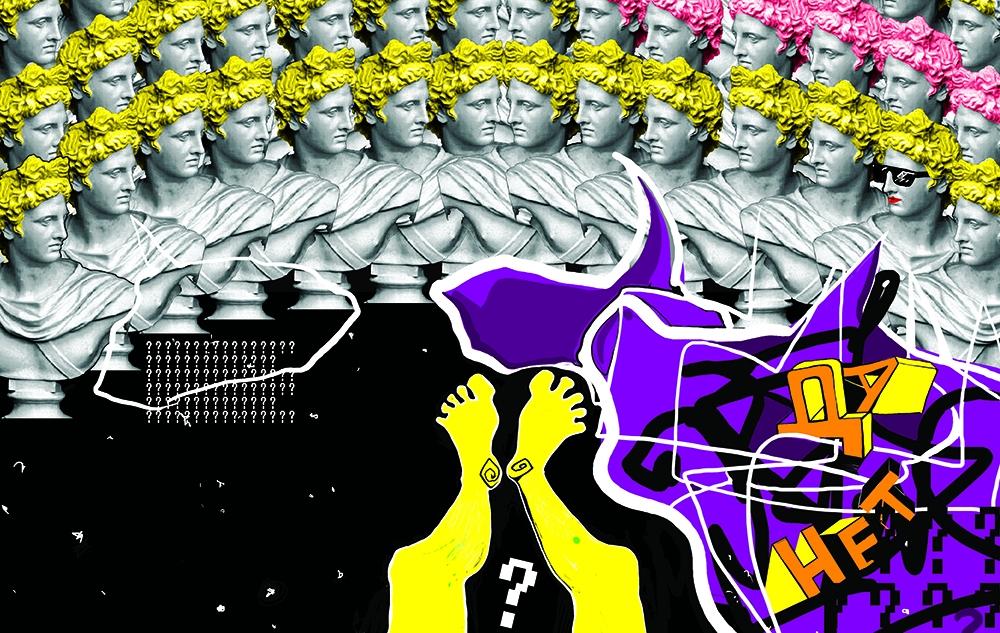 Nobody Has Been Gathering Here For Five Years Now

What did the Panikoūka mean to its frequenters? What did they hope to find here? What made them come here every day on the clock like it 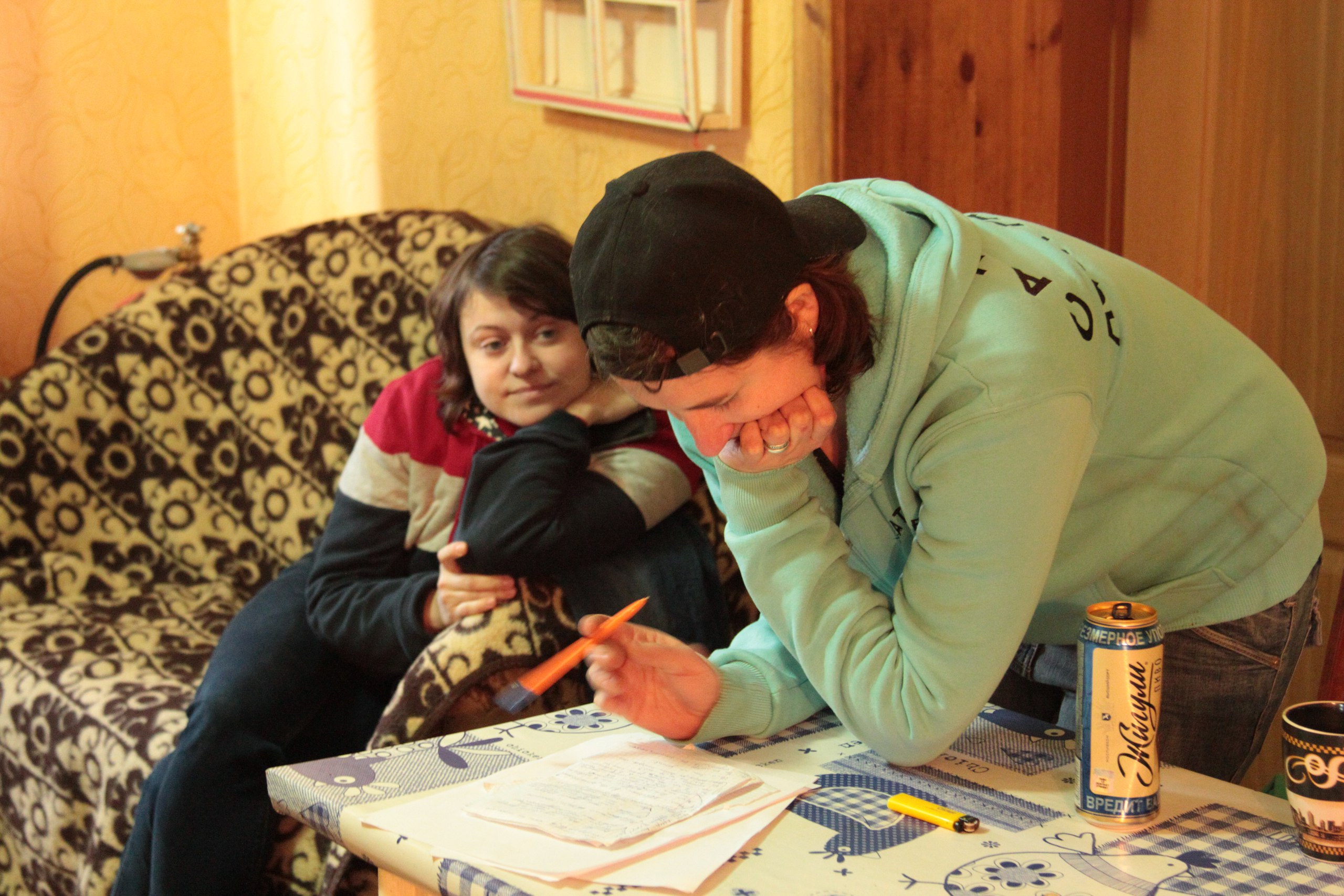 TemaVIDOS is a creative team that, according to the members, produces “parody, absurdity, slapstick, freak show, and a little bit of

“Most of All I Wanted to Run Away”: Toxic Parents of LGBTQIAP People